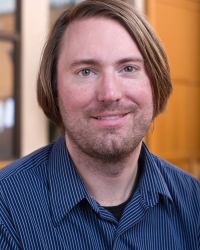 Luke Fitzpatrick is a violinist, composer and improvisor. He is a founding member and artistic director of Inverted Space, a Seattle-based new music collective. Recent performances include the complete Freeman Etudes by John Cage, Luigi Nono’s La Lontananza Nostalgica Utopica Futura with André Richard and Marcin Pączkowski and the music of Harry Partch at both the Teatro Colón in Buenos Aires, Argentina and Beyond Microtonal Festival in Pittsburgh, PA. He has worked personally with composers such as Brian Ferneyhough, Helmut Lachenmann, Ben Johnston, Charles Corey and Qasim Naqvi. Additionally, he has performed with Deltron 3030, The Penderecki String Quartet, The Parnassus Project, The Moth, The California EAR Unit and is currently concertmaster of the Seattle Philharmonic Strings. His world premiere recording of Vera Ivanova’s Quiet Light for solo violin was released on Ablaze Records in 2011. In 2017 he was selected as an Artist-in-Residence by the Jack Straw Foundation to record The Complete Works for Adapted Viola and Intoning Voice by Harry Partch. Luke holds degrees from The University of Washington (DMA), California Institute of the Arts (MFA) and the University of Missouri-Kansas City (BM). His principal teachers include Benny Kim, Mark Menzies, Lorenz Gamma and Ron Patterson. He previously served as Artist-in-Residence at the University of Washington.