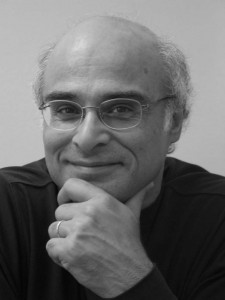 Roupen Shakarian is presently in his twelfth season as music director of the Skagit Symphony. He has also served as the music director of Philharmonia Northwest and Cascade Symphony. As a guest conductor Mr. Shakarian has appeared with many regional orchestras, including the Seattle Symphony, Victoria Symphony, Pacific Northwest Ballet, Northwest Chamber Orchestra, Orchestra Seattle, Skagit Opera and Whatcom Symphony.

A published composer, his works include, Whimsy, for orchestra, Five Bagatelles for woodwind quintet, Inner Places for organ and brass quintet, commissioned by the American Guild of Organists and premiered at the National Convention in April 2000, Pastime for a small ensemble, Flute Concerto, and The Turnip, Clock, and the Kid, commissioned and recorded by The Rainier Chamber Winds.

Other works include, “… is but a dream” for solo oboe, written for Rebecca Henderson and recorded by Ms. Henderson on Boston Records label, Other Voices for chorus and small ensemble, Bone Island Suite, a song cycle for soprano and orchestra, Eventide, for trumpet and piano, choral pieces of which, Almighty and Everlasting God and If Ye love Me, Keep My Commandments, are published by Oxford University Press. In June of 2013 Mr. Shakarian recorded his Violin Concerto with members of the Seattle Symphony and violinist Victoria Parker, who premiered the work in 2008. The piece has been aired on the Seattle radio station KING-FM. Echoes, commissioned by the North Corner Chamber Orchestra, received its premier in November 2014.